Nothing says summer in Beaufort like fresh S.C. peaches 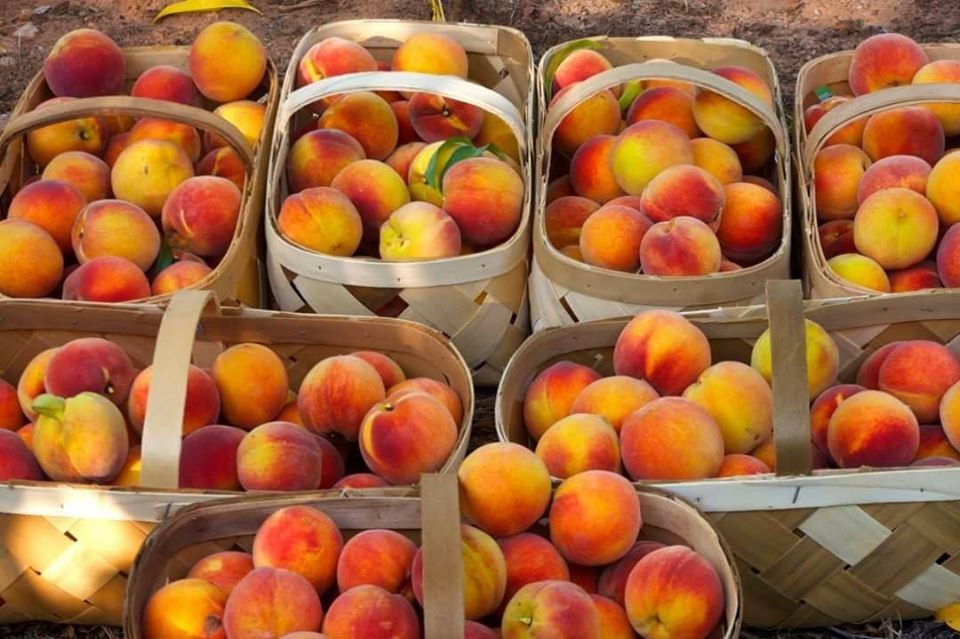 Summer in Beaufort SC means fresh, juicy, local peaches are back in season; a time of year everyone eagerly anticipates. From roadside stands to supermarkets, this delectable fruit graces our appetites from early June straight through September.

South Carolina has a long, storied history with the peach. According to historical records, peaches were found in South Carolina as far back as the late 1600s, and today they're something that the Palmetto State has become quite famous for.

In fact, South Carolina produces the most peaches of any state in the South.

Georgia may call itself "The Peach State", but we know better. According to USDA statistics, the Palmetto State ships approximately 90,000 tons of peaches a year from its approximately 20,000 acres of peach orchards across the state, compared with Georgia’s 40,000 tons. All in all, the top 4 states for peach production are California, South Carolina, Georgia and New Jersey. California is a significant producer of both fresh and processed peaches, while South Carolina and Georgia mostly produce the fresh fruit.

Peaches are so synonymous with South Carolina, the SC Legislature made the peach our official state fruit in 1984.

Peaches are actually native to China, where they have been harvested for over 4,000 years. Spanish settlers first brought peaches to what is now South Carolina back in the 1500s, which then led many settlers in the 17th and 18th Centuries to believe that peaches were native to South Carolina.

It wasn't until the 1850s that South Carolina began to really grow peaches commercially, finding it a profitable piece of produce. Then, about 100 years ago in the in the 1920s, their popularity blossomed as cotton farmers looked for new crops.

The "fruitful" years of peach production started after WWII and continued until about 1984, when South Carolina reported it had harvested its largest-ever peach crop...a whopping 480,000 tons.

Peaches have a variety of uses. Other than eating them when fresh, and preferably cold, they're great in pies; with peach cobbler being a southern favorite. Other uses include ice cream and sorbets, in salads, peach smoothies, glazes-jellies-jams, peach butter, peach salsa and you can put them in a variety of pastries including peach tarts and danishes, too.

Plus, frozen peach slices go perfect in glass of your favorite sweet tea.

So, the next time you're visiting a local farm stand, or walking through your favorite grocery store's produce department, you'll fancy yourself that much more knowledgeable about peaches and about their role here in the Palmetto State.

Be sure to grab some. They're a taste of summer here in the Lowcountry.

If you're thinking of relocating to the Beaufort SC area, Century 21 Carolina Realty can help make your dream a reality by helping you find your forever home here in the Lowcountry. Call us at 843-521-2121 and one of our experienced agents can assist you in becoming a Beaufort local.

Three Ways Realtors Are Better Than For Sale By Owner

Many sellers ask, “Why should I use an REALTOR® when I can sell it myself and save all that commission?”  That’s a reasonable question and one that can easily be answered.

History of the Thomas Law Building, our home

The building that houses our offices here at Century 21 Carolina Realty has a very storied past. As with all towns that have been around awhile, there's lots of history to uncover here in Beaufort.

When Paramount Pictures swept into Beaufort SC in August of 1993, everyone was excited that a new movie was filming with Tom Hanks, Sally Field, Robin Wright and a newer actor named Gary Sinese.

Did you know that the South Carolina state flag was named the best design of all 50 states?They did, and it's really not that surprising.A few years back, popular search engine website Yahoo! ranked