A History of Shrimping in Beaufort SC 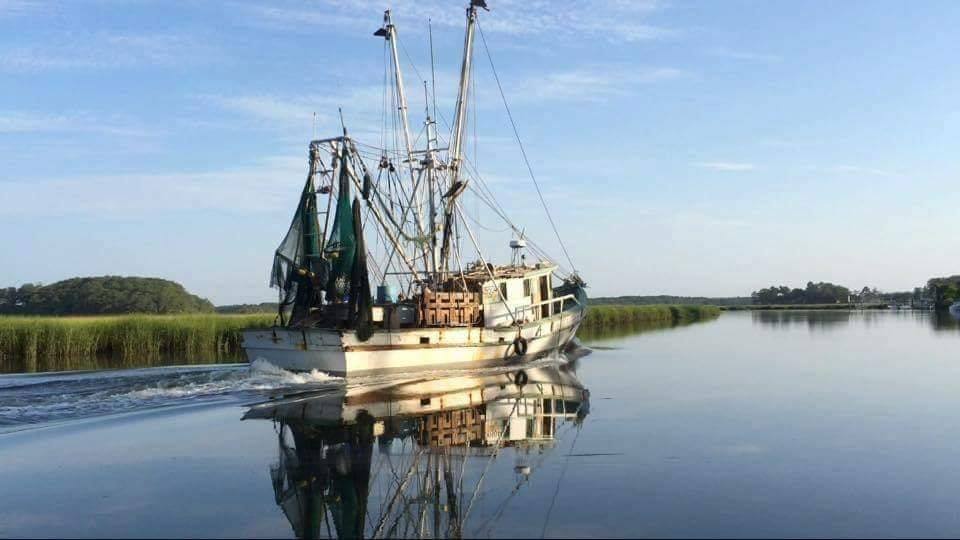 There’s something that is just so perfect about seeing shrimp boats dotting our water here around Beaufort SC. Shrimping has been a very important part of our culture and life in Beaufort and all of South Carolina since way before anyone can even remember.

In fact it’s been a labor of love for fishermen since way before the Civil War and is still alive and well today with a booming market served by many dedicated commercial fishermen here in Beaufort and all over the coast of South Carolina.

Over the years, shrimp have become America’s most valuable and most popular seafood staple. South Carolina is home to three species of shrimp, including brown, white, and pink shrimp. Brown and white shrimp are more common than pink shrimp, but all three taste the same.

Fishing for shrimp was practiced by coastal native Americans as a means of sustenance. The practice of fishing was passed on to early European settlers and it remained mostly a local fishery through the 1860s. Limitations of preserving and transporting fresh shrimp kept the industry from developing any further than just supplying local needs during shrimping seasons.

During the years from the 1860s to the late 1940s, shrimp were primarily sold as a canned product, as lots of seafood varieties were canned back then, including oysters and crab. As refrigeration and methods of transportation became widely available, the emphasis shifted to a fresh and frozen seafood product.

Then, the modern commercial shrimping industry was born.

In 1880, the U.S. Bureau of Fisheries began to record landings of shrimp in the southeastern United States, including here in South Carolina. The primary method of collecting shrimp during this period was through the use of haul seines and cast nets.

The commercial fishery in South Carolina is dominated by shrimp trawlers and most shrimp boats you see along our shores are only a few miles from home.

The second season is for brown shrimp and usually begins in June and ends in August. From time to time, significant quantities of brown shrimp have been landed in October during years when the population of brown shrimp was higher than normal.

The fall white shrimp season typically produces the largest shrimp-catch of the entire year. Landings of young white shrimp by commercial fishermen usually begin in August and peak in September and October. The season usually lasts through December and sometimes into January, depending on populations.

The ACE Basin, the coastline between Charleston and Beaufort yields approximately 4.6 million pounds of shrimp per year, and they’re definitely some of the best that shrimp lovers will ever get to enjoy.

The shrimp fishery in the Lowcountry is managed by the South Carolina Department of Natural Resources. Commercial fishermen must obtain a trawlers license and a captain’s license from the Office of Fisheries Management of the SCDNR. The license requires the fisherman to report their catches and other important data to assist in management of the fishery.

Shrimping vessels have trawled South Carolina waters since the turn of the Century but have faced many challenges in recent decades. But today’s fishermen, like their pioneering predecessors of the past 150 years, have it in their hearts.

The shrimping industry in the Lowcountry is important to a number of small coastal towns and the people that have lived in them for generations. Families have depended on commercial fishing and shrimping for generations.

Today, the biggest challenge they face is the large market for imported shrimp. According to seafoodsource.com, India is the top country of origin for shrimp entering the United States. India outpaced Indonesia, Thailand, and Ecuador to take the title for most shrimp exports to the U.S. for the fourth straight year.

Odds are, if you put 100 random shrimp on a plate today, only ten of them will be wild caught American shrimp. But not in Beaufort SC and across the Lowcountry.

If you're considering relocating to the Beaufort SC area so you can see shrimp boats and enjoy the bounty of our sea, or if you are looking for a change of scenery and are in the market for a new local home, we can help make your dream a reality by helping you find your forever home here in the Lowcountry. Call us at 843-521-2121 and one of our experienced agents can assist you in becoming a Beaufort local.

Another sea turtle season has officially started here in Beaufort SC and the sea islands and throughout the months of May, June and July, hundreds of loggerhead sea turtles will be visiting our

What You Can Do to Help Sea Turtles

Sea turtle nesting season is arriving on our local Beaufort SC beaches. From May through October, it's a favorite time of the year for many locals here in the Lowcountry.This is the time of year

Earth Day is coming on Friday, April 22nd, and there are lots of simple, even fun, ways that you can help make a difference and celebrate.Lots of volunteer organizations and the Adopt-A-Highway

Spring in Beaufort means lots of things. Arriving earlier than most of the U.S., spring means warmer weather, daffodils, and azaleas in bloom, and the Lowcountry becomes green again.It also means it