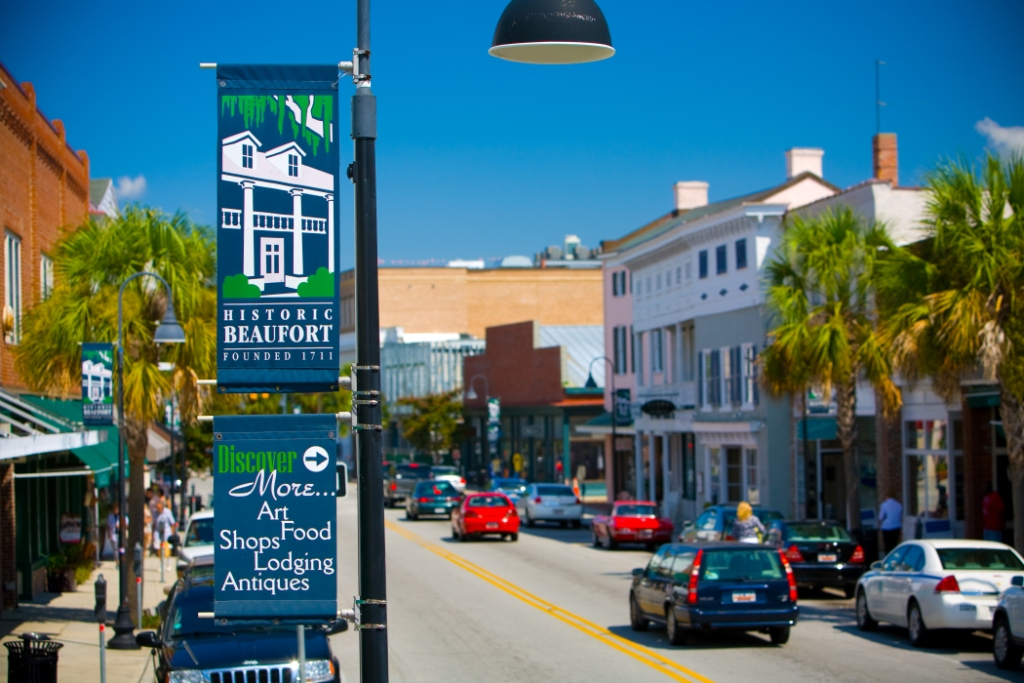 Relocating to Beaufort SC means you're one of us. A Beaufortonian. You've adopted the Lowcountry way of life. You've acclimated to the slower pace here, and to some of the customs. What about the language? Beaufort SC has one of its own and there are some words you will need to know if you're going to call the Lowcountry your new home.

Southern Living magazine once said that when you visit the South, you need a translator. It’s true, we do have a mouthful of sayings that only Southerners understand. And even more that are exclusively "Beaufort".

Here are several. Do yourself a favor and lean them. Life will be easier.

The beach:  When a local tells you that they are going to "the beach", they usually mean Hunting Island Beach.

Sweet tea:  It’s iced tea with sugar in it. It’s what we drink here in Beaufort SC. Don't order an iced tea at a restaurant, because you may be looked at funny. Order a sweet tea.

Frogmore Stew:  Frogmore Stew is a favorite Lowcountry meal consisting of shrimp, potatoes, sausage and corn; all cooked in the same pot and usually served at a party or gathering. If someone invites you over for Frogmore stew, bet that it is a small social event you're being invited to. Don't forget to wear your pearls.

The Port: When someone says "the port", they're referring to the Port of Port Royal. The area next to the boardwalk at The Sands in Port Royal is referred to as the old port. Development is coming to the Port over the next few years, with hundreds of homes, resturants, shops and lots more on the way.

The old bridge:  Around town, locals will say the "old bridge" when they’re referring to the Woods Memorial Bridge in downtown Beaufort. One of only a handful of swing bridges left in the state, it was built back in 1959. It's old.

The Sandbar:  Boaters from all over get together and enjoy ‘the Beaufort sandbar’. Located in the bend of the Beaufort River, visible from downtown, a large sandbar appears a few times a day when the tide goes out. Folks pull up their boats, get out onto the sandbar, and have fun in a variety of ways. And, no. You cannot get there by car.

Gullah: Gullah is a language spoken by African-Americans living on the Sea Islands and coastal regions of the Lowcountry. The Gullah are the African Americans who live here.

No see-ums: People call them a variety of names, including sand fleas, gnats and biting midges. They're the bugs that you'll feel biting at you while you’re enjoying the outdoors. You'll sure feel them, but you can’t see them.

Pluff mud:  You will notice the smell of pluff mud in Beaufort. Plants and animals that die in the marsh also decompose there and create a nutrient-rich soil that produces a stinky gas that smells something like rotten eggs. When the tide goes out of the marsh, pluff mud is exposed. You don't want to step in it either.

The Point:  The Point is a historic part of downtown Beaufort at the end of Bay Street. If you see the cannons along the water next to the Woods Memorial Bridge, you're in the Point.

The new bridge:  Locals refer to the McTeer Bridge connecting Port Royal and Lady's Island as the "new bridge". It was built in the early 1980s. It's new.

Geechie:  Another name for the Gullah people, and the Gullah language. See above.

Island time:  It's a phrase used by locals to account for their tendency to be leisurely.

Slowcountry:  Another word for the Lowcountry. See Island time, above.

Frogmore: Frogmore is the name of the tiny village at the intersection of Sea Island Parkway and Martin Luther King, Jr. Blvd. on St. Helena Island.

The Waterfront:  The waterfront is another term for the expansive Henry C. Chambers Waterfront Park in downtown Beaufort.

Day trippers:  Visitors who come to town for the day. They're usually from Hilton Head, Bluffton, Charleston or Savannah.

The Sands:  The Sands is a short stretch of beach in Port Royal that’s popular with the locals. You can drive your vehicle from the main road right up on the sand to your spot and it's also a fantastic place to search for sharks teeth.

The Island:  When someone says "the Island", they’re referring to St. Helena Island. At some 68 square miles, it's the largest of our local sea islands.

Beaufort Crud:  Locals refer to the flu as The Beaufort Crud. They also swear it's a stronger strain of the flu and it is worse than any flu you can get outside of Beaufort. [cough-cough]

Tabby:  Tabby is a concrete made from lime, sand and oyster shells. It was used here in Beaufort to build in the 1600s and 1700s and you can still see it in our historic buildings today.

Fripper:  Somebody who lives on, or very frequently vacations on, Fripp Island.

Of course, these are just a few local terms that you will run into on a near daily basis here in Beaufort.

We're glad we could help take the edge off of some of the culture shock you may experience after relocating to Beaufort SC from up North or from the big city.

We can also help you find your forever home here in the Lowcountry, or to buy your 2nd home here. Call us at 843-521-2121 and one of our experienced agents can help you become a Beaufort local.

Beaufort named one of most beautiful towns in U.S.

More accolades have arrived in Beaufort SC, as our lovely little town by the sea was just named on the list of 27 Most Beautiful Towns in America by popular luxury and lifestyle magazine, Conde Nast

That's right. Archaeologists believe there may be a 17th century Scottish settlement hidden in the Earth beneath present-day downtown Beaufort, SC.That’s the mystery that archaeologists hope