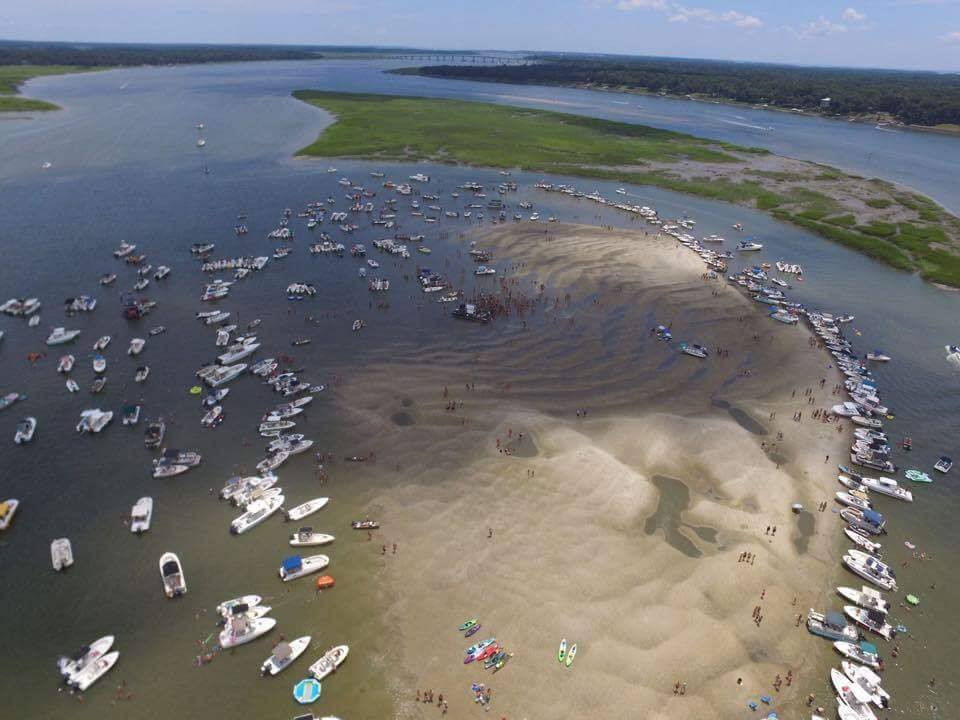 Beaufort SC is made up of several islands full of rivers, creeks and estuaries winding around, under and through them. These waterways factor in how we live, what we eat, and even how we have fun. In fact, Beaufort is made up of some 68 inhabitable islands and could easily be half water-half land at high tide.

We have tides here in Beaufort SC too.

Tides are the rise and fall of ocean levels which is caused by the effects of the gravitational forces exerted by the Moon and the Sun, along with the rotation of Earth.

If you live near the coast or have visited a beach before, you are most likely already aware of what tides are. Tides start in the ocean and then they move towards the coast. How much the water level changes over the day differs, and it all depends on where you are and what day of the month it is.

And, they can sure be tricky, unless you know what to look for. A fast change in water levels due to the tides can leave you stranded or even flooded. Also Beaufort SC is affected by king tides from time to time. A king tide is an especially high tide that occurs only a few times per year and can cause coastal flooding in lower lying areas.

Tides also differ in different parts of the country. For example, if you're used to the 3 foot high tide in Atlantic City, New Jersey, you may not be prepared for the 7 or 8 foot high tide we typically get here in Beaufort SC.

Earth’s gravity is, thankfully, strong enough that it will keep all the water together while it spins and makes its rotation around the sun. But, the moon’s gravitational pull can cause the water to 'bulge'. The bodies of water closest to the moon have an increase of water to those areas. This is referred to as high tide.

According to the NOAA, it would be much easier if the Earth were all water, but that's not the case. There are 7 continents, and all of that land gets in the way and blocks the water. They prevent the water from following the moon's pull with absolute perfection. That's why in some areas of the world the difference between high and low tide isn't very big, and in other areas the difference is something to behold.

High tide is typically a great time for water activities including boating, kayaking and fishing. Water levels against the docks are higher and the higher water level will give you better access to the boat, to your kayak.

When you are on vacation, you'll quite often hear the local folk talking about the best times to put the boat out, go to the beach, build a sandcastle or go fishing. Tides can get a bit confusing if you're not paying attention to them and they really can make a difference in your experience.

Low tide is for beachgoers. It's the perfect time for onshore activities including shelling, walking along the beach, or searching in newly-created and ever-changing tide pools. During low tide, seashells appear that have been washed onto the beach by the incoming tide. Then the water moves out and the shells are stuck in the sand and up for grabs to beachgoers. Low tide also exposes Beaufort SC's salt marshes and then you get the semi-sweet odor of pluff mud.

There's one in particular here in Beaufort SC that folks look forward to visiting. It's named, aptly, the Beaufort Sandbar. (see photo at top of page)

Accessible only by watercraft, the Beaufort Sandbar is a tradition in these parts. (Someone once asked our office how can we drive to the local sandbar.)

The Beaufort Sandbar is located in the Beaufort River in downtown Beaufort SC, approximately halfway between our Waterfront Park and Beaufort Memorial Hospital along the river bend. It rises out of the water as the tide goes out, and becomes a temporary fun spot for everyone to gather and have fun. Folks of all ages in all kinds of watercraft are always at the Sandbar.

It's a tradition to the locals.

But...you cant drive to it. 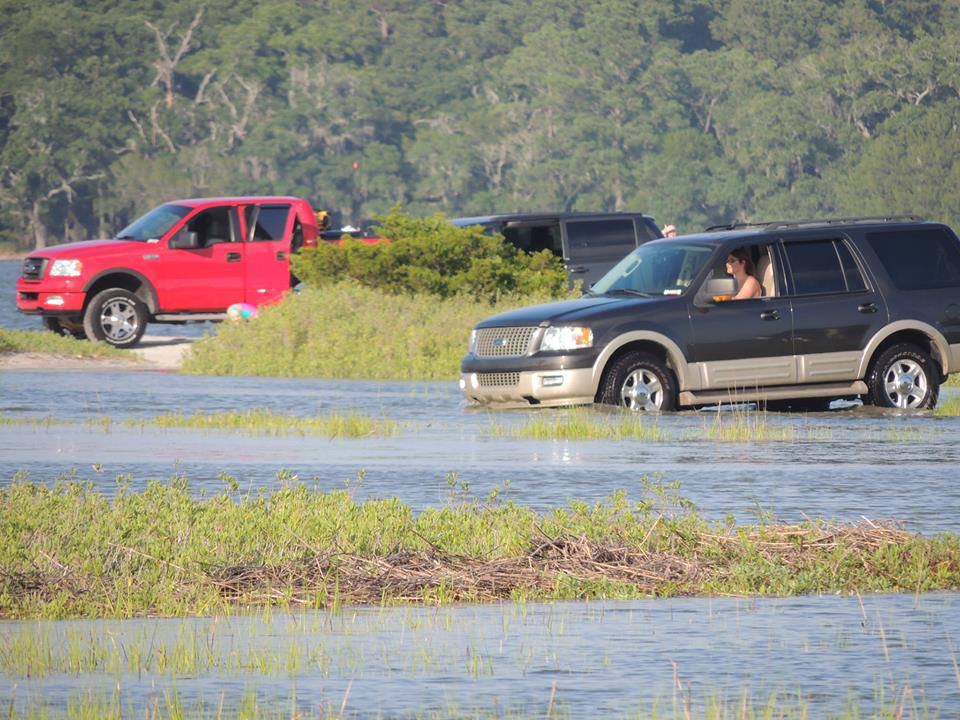 For the second year in a row, Beaufort SC was again named the most charming small town in all of South Carolina. The popular lifestyle website HomeAddict.com gave Beaufort the win for S.C. on its

Hoppin' John: A New Year's taste of the South

New Year's Day is fast approaching and other than making resolutions or planning a party, one of the things we definitely look forward here in Beaufort SC is food. On January 1st, many regions