Beaufort is a town full of fun festivals 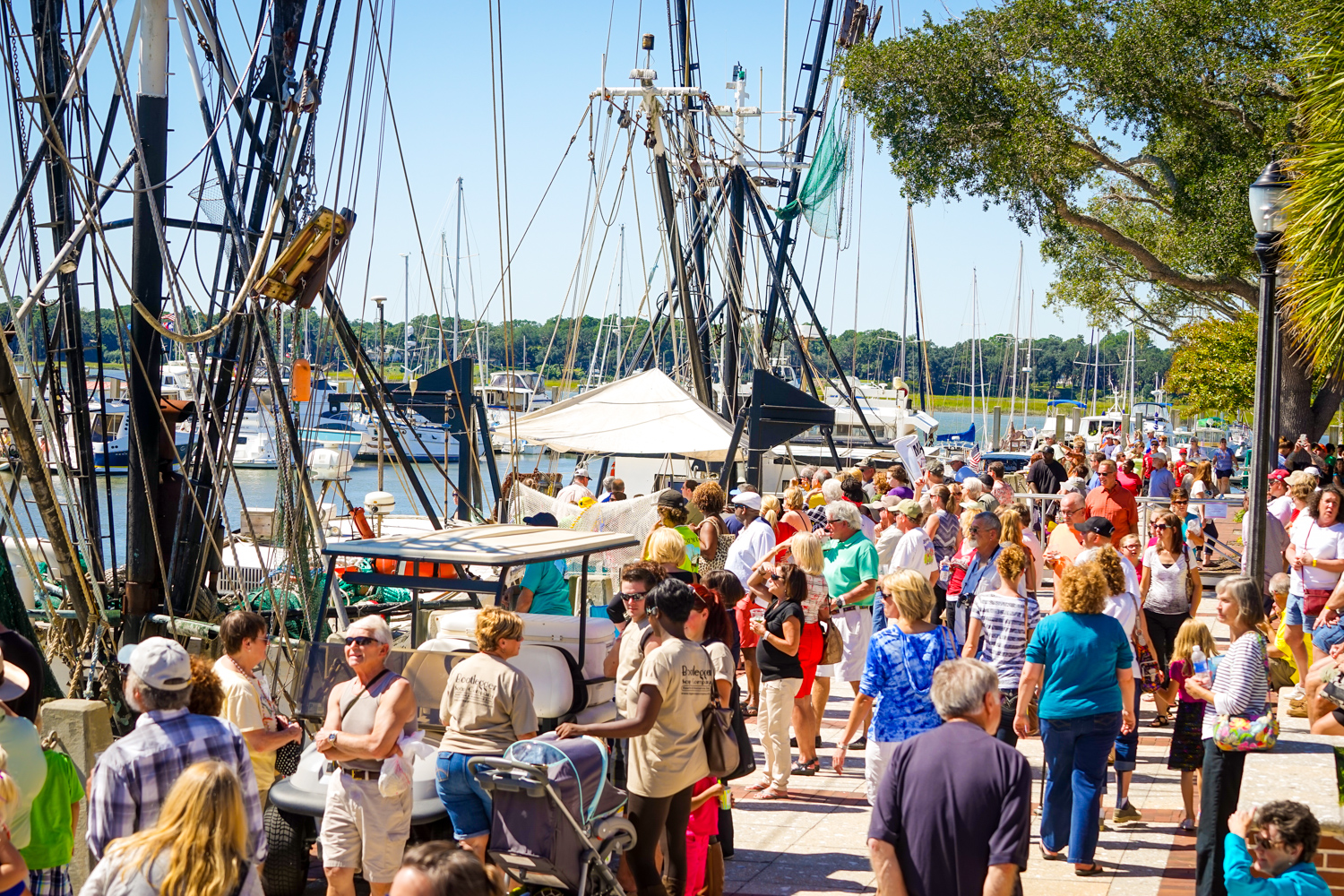 One of the things you'll notice about Beaufort SC is how much we enjoy having fun. We're a happy town that enjoys sharing a good time with our neighbors, and proof of that is the wealth of community festivals hosted each year.

There are so many of them!

In a town with so much history and tradition, we celebrate everything from the water, to food, and to culture that all contribute to making up the wonderful area that we call home.

Be sure not to miss these local Beaufort SC area festivals.

Held for ten straight days every July for over 60 years, the Beaufort Water Festival hosts sporting events, concerts, talent shows, a community dinner and lots more. The festival is a can't miss here in Beaufort SC and takes over our entire downtown waterfront park. If you're new to Beaufort, or are looking to call the Lowcountry your new home, the Beaufort Water Festival will surely top your list of things to look forward to each and every year.

Sticking with the love of our local cuisine, the annual Soft Shell Crab Festival invades Port Royal every April. Locals love our blue crabs, and for a few weeks out of the year during molting season their shells become very soft allowing them to be enjoyed whole without all the mess. In fact, we love the delicacy so much that we celebrate. Local chefs serve up the area's favorite soft shell crab dishes with attendees enjoying tons of food, live music, children’s activities, a classic car show and lots more.

The Gullah Festival celebrates the deep Gullah-Geechee heritage of our Sea Islands and honors the preservation of the Gullah culture and the descendants of enslaved Africans who lived in the Lowcountry region. For over 30 years, the 3 day festival takes place every Memorial Day weekend and offers authentic Gullah arts and crafts, exhibits, presentations, music, workshops, Gullah dancing and, of course, traditional Gullah cuisine.

A Taste of Beaufort

Each May there’s a foodie festival in Beaufort's downtown waterfront park with the annual 2 day Taste of Beaufort festival. Local restaurants serve up their best in Lowcountry cuisine in the middle of downtown’s waterfront, with incredible live music and lots more.

During the Fall Festival of Houses and Gardens visitors are invited to explore Beaufort historic homes from the inside out. The houses represent over 300 years of Beaufort SC architecture for which the city is famous. These self-paced walking tours offer an opportunity to see how today's lifestyles are lived within the framework of Beaufort’s unmatched architectural heritage. Beaufort's old homes are beautiful, and this is a fantastic way to see them.

New to the local festival scene is OktoPRfest. A local version of a traditional Oktoberfest celebration, the Town of Port Royal pulls out all the stops in October and volunteers host a similar festival where folks are invited to 'party Port Royal style.' The family-friendly event has something for everyone including a craft market, traditional Oktoberfest-style food, Oktoberfest beer, live music and fun for kids of any age.

Hollywood has visited Beaufort SC lots in the past filming over a dozen popular movies with Beaufort as the backdrop. That movie history is celebrated every year at the Beaufort International Film Festival. Considered to be the fastest growing film festival in the Southeastern U.S., the event showcases the best of independent films and receives dozens of film submissions from independent filmmakers from around the world. The event offers screenings, speakers, workshops and an awards ceremony at its close. Popular stars that have attended over the years are Andie MacDowell,  Tom Berenger, Powers Boothe, Gary Weeks, Vannah White and more.

Beaufort named one of most beautiful towns in U.S.

More accolades have arrived in Beaufort SC, as our lovely little town by the sea was just named on the list of 27 Most Beautiful Towns in America by popular luxury and lifestyle magazine, Conde Nast

That's right. Archaeologists believe there may be a 17th century Scottish settlement hidden in the Earth beneath present-day downtown Beaufort, SC.That’s the mystery that archaeologists hope